MEMORANDUM CIRCULAR No. 2019-02: ADOPTING THE CORE VALUES OF THE DEPARTMENT OF ENVIRONMENT AND NATURAL RESOURCES 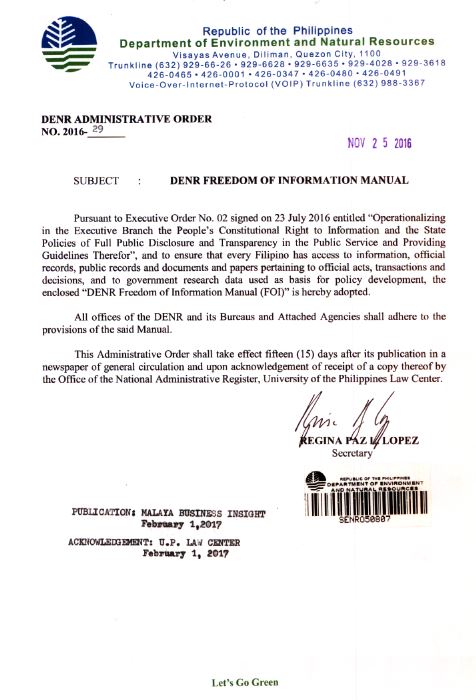 In National Budget Circular No. 542, issued on August 29, 2012, the Department of Budget and Management (DBM) reiterates compliance by all offices of the national government, including state universities and colleges, government-owned and controlled corporations, government financial institutions and local government units with Section 98, the Transparency Seal provision, of Republic Act (R.A.) No. 10155, also known as the General Appropriations Act of 2012, to wit:

“Sec. 93. Transparency Seal. To enhance transparency and enforce accountability, all national government agencies shall maintain a transparency seal on their official websites. The transparency seal shall contain the following information: (i) the agency’s mandates and functions, names of its officials with their position and designation, and contact information; (ii) annual reports, as required under National Budget Circular Nos. 507 and 507-A dated January 31, 2007 and June 12, 2007, respectively, for the last three (3) years; (iii) their respective approved budgets and corresponding targets immediately upon approval of this Act; (iv) major programs and projects categorized in accordance with the five key results areas under E.O. No. 43, s. 2011; (v) the program/projects beneficiaries as identified in the applicable special provisions; (vi) status of implementation and program/project evaluation and/or assessment reports; and (vii) annual procurement plan, contracts awarded and the name of contractors/suppliers/consultants.”

The Circular also declares that the respective heads of the agencies shall be responsible for ensuring compliance with this section.

The Circular directs that the Transparency Seal must be prominently displayed on the main page of the agency website, and linked to a page within the agency website that contains the aforementioned documents in downloadable format.

Symbolism of the Transparency Seal

A pearl that is buried inside a tightly-shut shell is practically worthless. Government information is a pearl, meant to be shared with the public in order to maximize its inherent value.

The Transparency Seal, depicted by a pearl shining out of an open shell, is a symbol of a policy shift towards openness in access to government information. On the one hand, it hopes to inspire Filipinos in the civil service to be more open to citizen engagement; on the other, it seeks to invite the Filipino citizenry to exercise their right to participate in governance.

This initiative is envisioned as a step in the right direction towards solidifying the position of the Philippines as the Pearl of the Orient – a shining example for democratic virtue in the region. 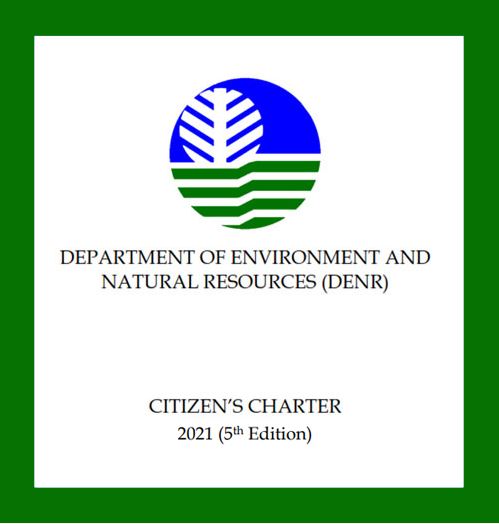 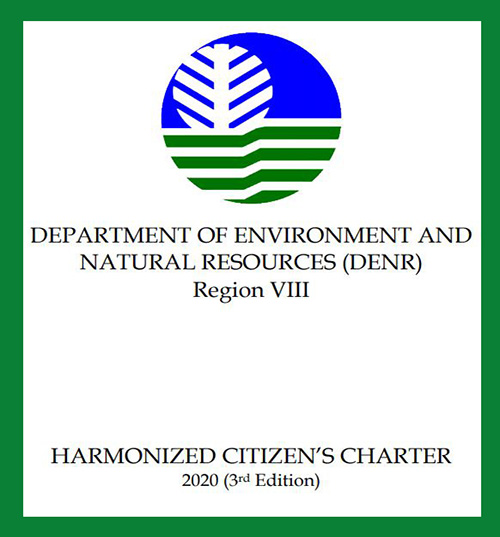 In pursuit of the foregoing, the  fast, efficient and satisfactory performance of the following frontline services of the DENR may be demanded by customers: 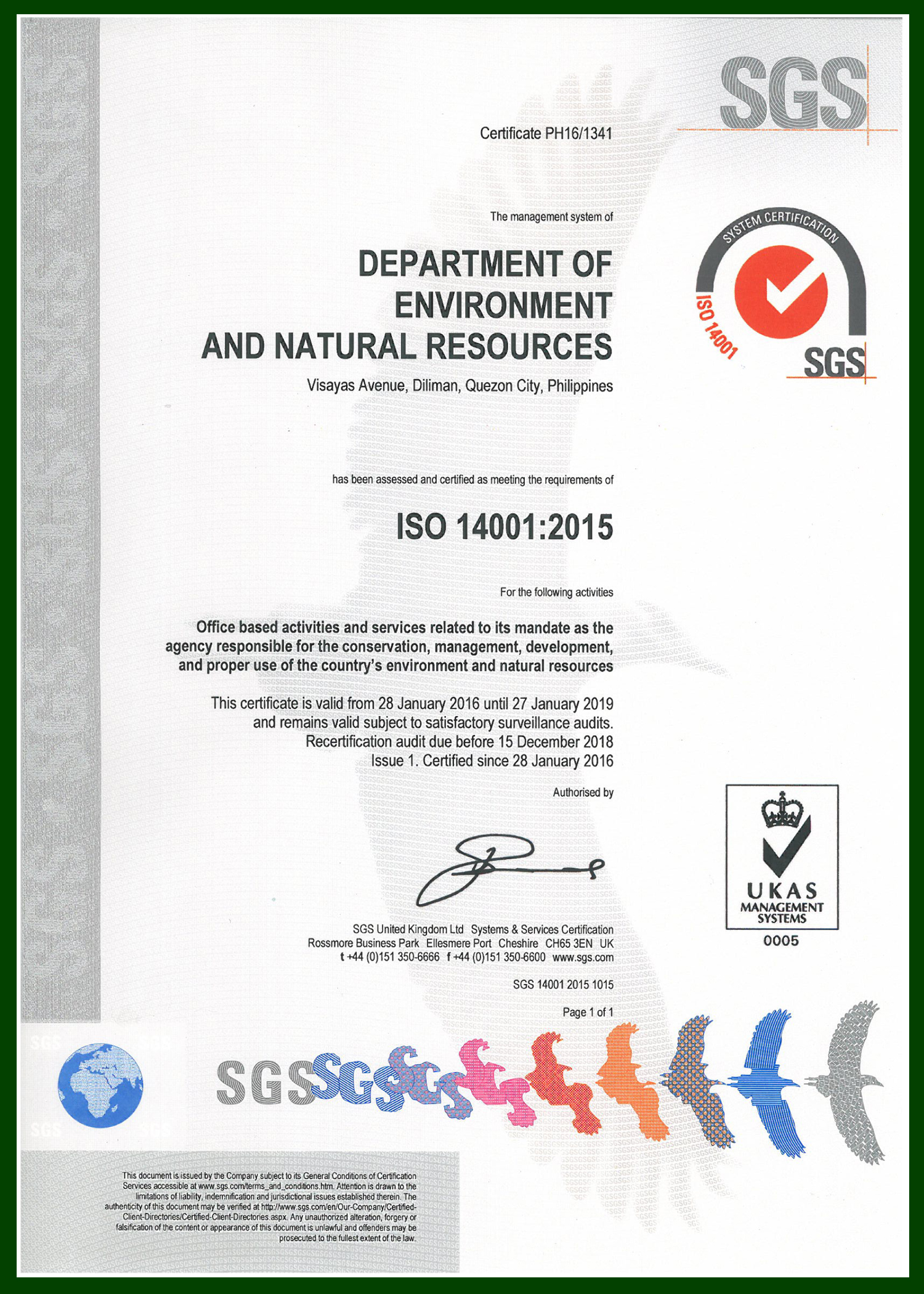