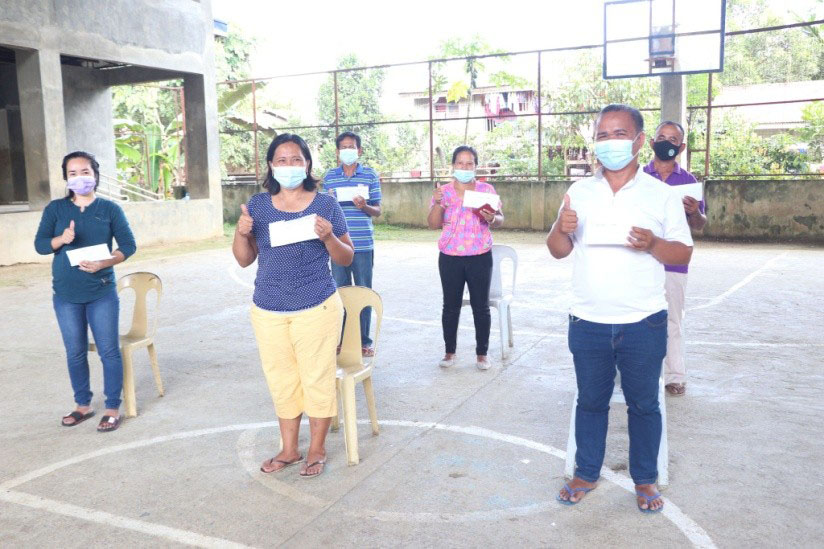 The Provincial Environment and Natural Resources Office (PENRO) of Leyte through its Community Environment and Natural Resources Office (CENRO) in Palo contracted fifteen (15) families from barangays Paglaum, Camansihay, and San Roque in Tacloban City to establish a tree plantation of indigenous and fruit trees covering an aggregate area of ninety seven (97) hectares. Said families will be working on seedling production, plantation establishment, and maintenance and protection activities under a total contract price of over 1.9 million pesos.

According to Forester Loreta Baldonaza, Officer-in-charge of PENRO Leyte Management Division, succeeding payments will be released corresponding to the contracted families’ performance and their plantation’s survival rate of at least 85%.

“This new approach for the implementation of the National Greening Program is helpful to my family because it directly compensates our labor and efforts”, says Adelfa Balmes, a beneficiary from Brgy. Paglaum. “This mode inspires us to be more committed in performing the job expected from us”, she adds.

Forester  Baldonaza enjoined the beneficiaries of the ENGP family approach to value the project that is expected to support the family’s daily needs while enhancing the condition of their environment.

The DENR is adopting the family approach as one of the modes of engaging Filipino families in the National Greening Program (NGP) in relation to a memorandum signed by DENR Secretary Roy Cimatu last May 6, 2020.