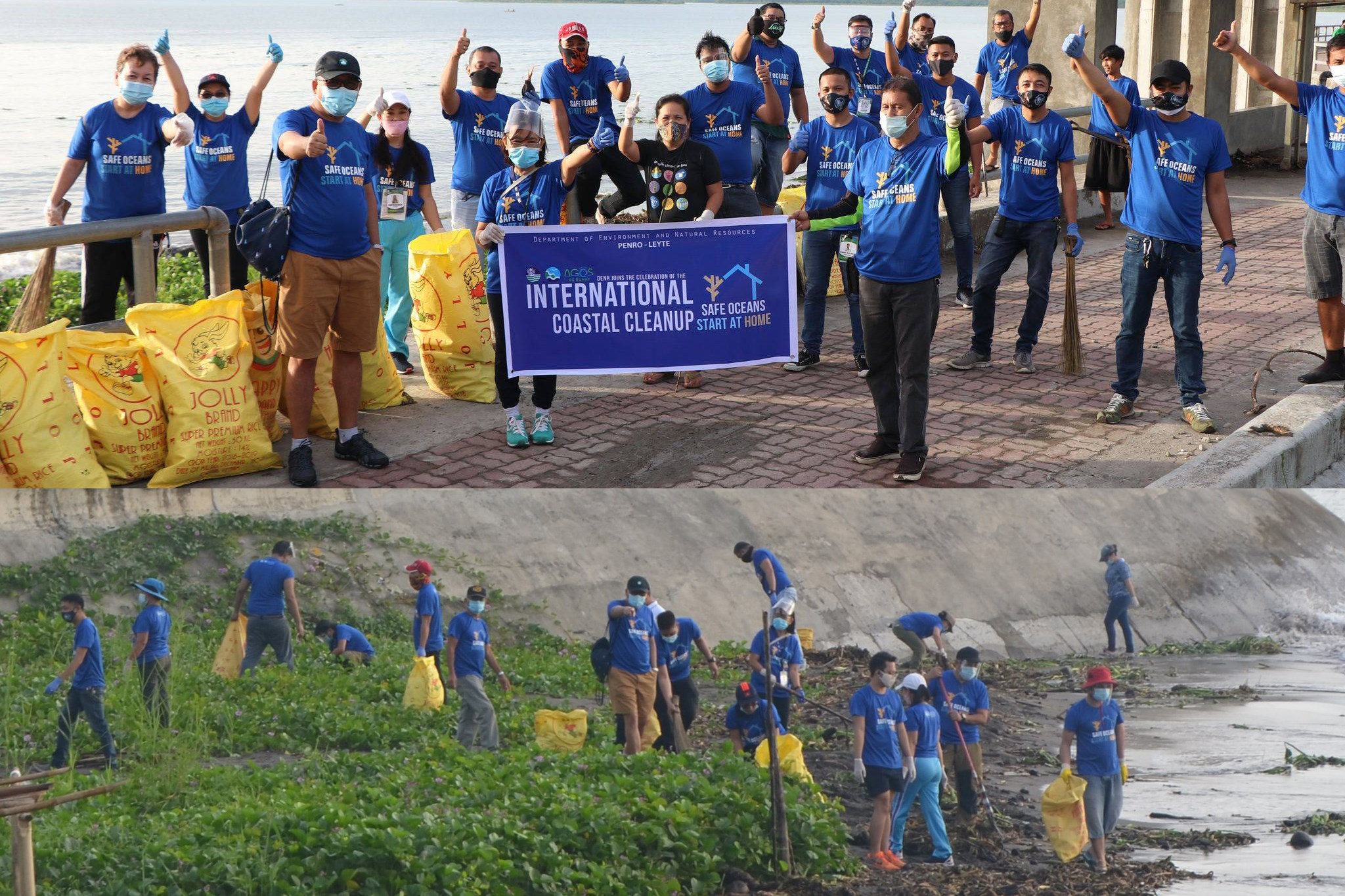 “The increasing trend of plastic trash collected globally shows the need for everyone to join in clean-up drives like this year’s International Coastal Clean-up Day. More importantly, there is a need to change our lifestyle and consumption habit geared towards a plastic-free debris on our waters, and the environment as a whole,” says Ms. Melecia Sumbeling, Chief, Coastal Resource and Foreshore Management Section (CRFMS) of the DENR Regional Office VIII.

Ocean Conservancy, a non-profit environmental advocacy group based in Washington, D.C., has published their 2019 Ocean Conservancy Report and record would show that there was an upsurge of volume of plastic trash collected from 1992-2019. From that same period, 2019 recorded the largest volume with more than 100 million kilos of plastic trash in more than 40 kilometers of coastlines cleared by over a million volunteers from 154 participating countries.

Most of the plastic wastes found on the coastlines, shorelines, rivers, lakes, and waterways all over the country were identified as plastic wrappers, cigarette butts, plastic utensils, food containers made of styrofoams, stirrers, plastic straw, plastic bottles and plastic bottle caps, plastic sachets and the like. Common among them is that they are all single-use plastics.

“We hope that this distressing record of plastic trash around us will jostle us from complacency and be active agents of change by taking concrete actions in finally getting rid of these debris from our waterbodies,” says Ms. Sumbeling.

Through Presidential Proclamation 470, series of 2003, every third Saturday of September has been declared as International Coastal Clean-up Day. The theme for this year’s observance is “Safe Oceans starts at Home”.

In particular, employees of the Provincial Environment and Natural Resources Office (PENRO-Leyte) together with the Community Environment and Natural Resources Office (CENRO-Palo) had their coastal clean-up along the coastline of Red Beach in Palo, Leyte. They were able to collect 10 sacks of trash estimated at 50 kilos and consisting mostly of plastic candy wrappers, plastic bottles, cellophanes and even styfoam food containers.