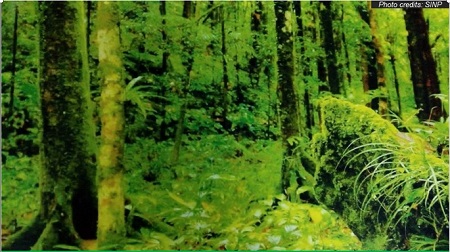 “The first line of defense against forest fire is to avoid starting a fire. If it cannot be avoided, make sure you watch over and control it,” says Forester Allan S. Cebuano, Enforcement Division Chief of the Department of Environment and Natural Resources in Eastern Visayas.

It was noted that some of the most recent incidents of forest fires in the region was caused by a farming activity that introduced fire that went out of control and spread to the forested area. The same coincides with reported cases nationwide where man-made forest fire usually is an offshoot of kaingin (slash and burn farming), smoking of honeycombs to gather honey, cigarette butts and other forms of activities that involves fire.

In instances that a fire is detected or discovered, especially in the forest area, people are enjoined to report them immediately. “Upon detection, the barangay official must be informed immediately and the same shall report it to the concerned disaster risk and reduction management council where a protocol is already in place for the Bureau of Fire Protection (BFP), as well as other appropriate agencies, to respond,” says Forester Cebuano.

While asking the people to be vigilant against forest fire, culprits are being forewarned that they can be criminally charged under Presidential Decree 705 otherwise known as the “Revised Forestry Code of the Philippines”. Section 69 of said law provides penalties for destruction of forest lands in the amount of not less than Php500.00 nor more than Php20,000 and imprisonment for not less than six months nor more than two years and be liable to the payment of eight (8) times the regular forest charges due on the forest products destroyed in case of kaingin activity.

In the same vein, the public is advised to shun away from burning their garbage as it not only violates Republic Act 9003 or the “Ecological Solid Waste Management Act” which has its own corresponding penalties, but it also contributes to air pollution and may also ignite forest fires.

“The local government units and households must cooperate to strictly follow segregation, collection, transport and proper disposal of solid wastes. To reduce our solid waste, we put to heart and practice our recycling method and composting,” added Forester Cebuano.