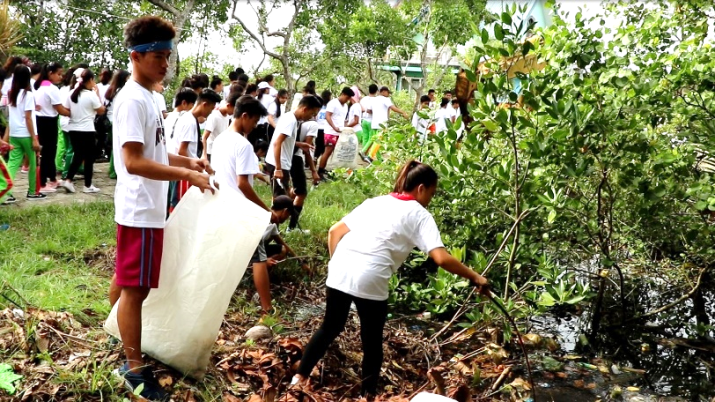 Consistent with the campaign to save rivers from pollution and other threats, the Department of Environment and Natural Resources (DENR) 8 launched in Eastern Visayas the Recognizing Individuals and Institutions towards Vibrant and Enhanced Rivers (RIVERs) for Life Award.

The award will honor community and provincial environment and natural resources officers and local government units who effectively implement laws and initiatives relevant to rivers.

Per instruction of DENR Regional Executive Director Crizaldy Barcelo during the regional launching held in June 2019, each PENRO selected a class C river in their area of responsibility as entry to the regional search. DENR identifies Class C River as fishery water for the propagation and growth of fish and other aquatic resources, for boating, fishing and similar activities and for agriculture, irrigation and livestock watering.

Recently, provincial launchings were held to introduce entries from the provinces and jumpstart activities for the RIVERs for Life. Submitted as entries were Caibiran River for Biliran, Calbiga River for Samar, Canturing River for Southern Leyte, and Gamay River as CENRO Pambujan’s entry. The provinces of Leyte and Eastern Samar are also scheduled to launch their entries to the Search.

Initial assessment of the Environmental Management Bureau (EMB) reveals that the most pressing issue affecting these rivers is high fecal coliform content which elevates risks to public health.

According to Director Barcelo, these rivers are set to be rehabilitated and improved consistent with the criteria of the RIVERs for Life Award. This includes clean and green program covering aesthetics and water quality improvement and solid waste management initiatives, and institutional support system which cover partnership or community mobilization and information and education campaign.

Mayor Timoteo Capoquian, Jr. of Gamay, Northern Samar said the search for most rehabilitated and improved river is an eye opener for the LGU to address other concerns.

In 2018, Eastern Visayas’ entry Calbayog River bagged the second place as most improved and rehabilitated river under the RIVERs for Life Award.