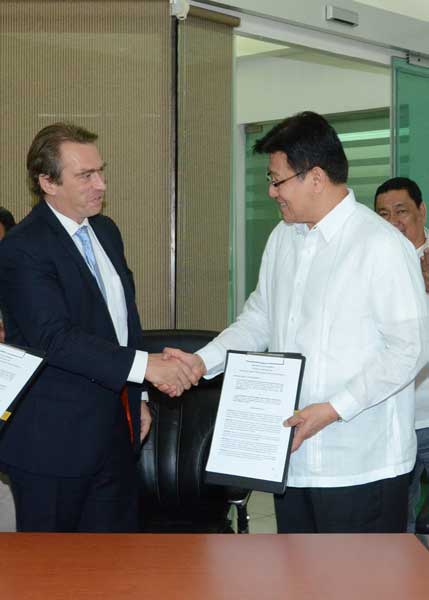 German Ambassador to the Philippines Thomas Ossowski (left) congratulates Environment Secretary Ramon J.P. Paje with a handshake after citing the Philippines as “Germany’s strategic partner” in the global efforts to conserve the world’s forests and biodiversities.  The photo was taken during the signing  of  an agreement on  Germany’s granting   of some  4 million euro  for the implementation of   Forest and Climate (FORCLIM) Protection Panay Phase II  which seeks to boost the government’s  conservation efforts in Panay Island whose biodiversity richness is cited as being “globally important.” ###