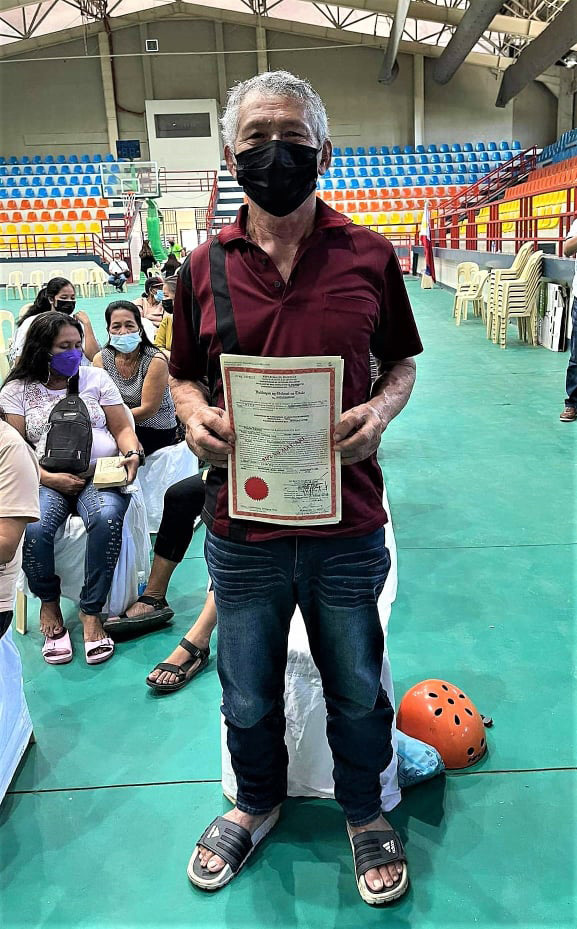 A total of 250 land titles were awarded to qualified beneficiaries from the different barangays in Calbayog City, Samar during the annual Handog Titulo in September spearheaded by the Provincial Environment and Natural Resources (PENRO)- Samar in partnership with the Registry of Deeds in Calbayog City and the City Government of Cabayog.