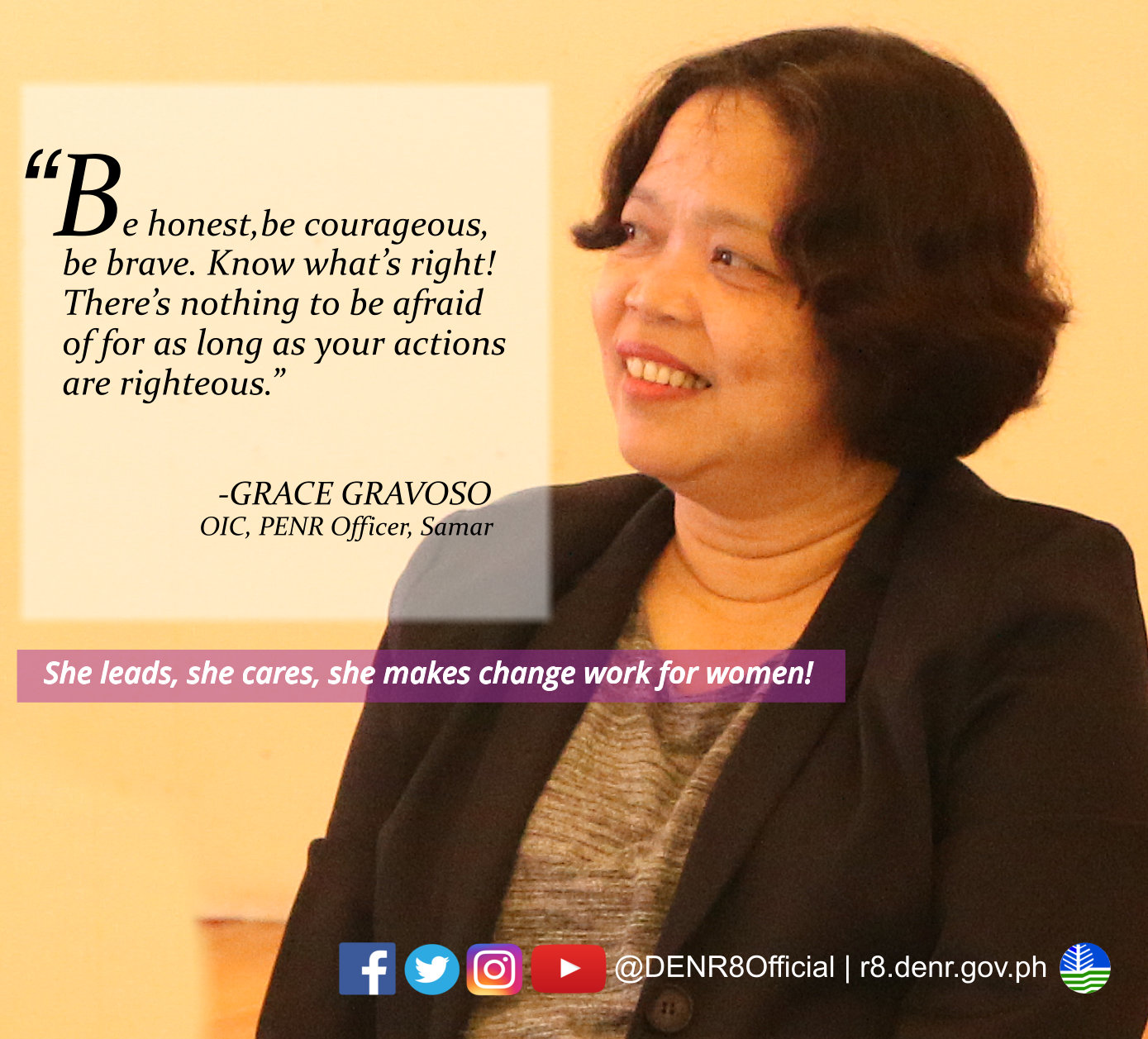 Prior to her designation as the OIC-PENR Officer of PENRO Samar, she was the Chief of Technical Services Division of the said office.

PENRO Grace started her career in DENR in 1989 as a Clerk II, then as Special Investigator I of Regional Office VIII where she was tasked to investigate violations of environmental laws, rules and regulations.

Next, she briefly served as the OIC, CENR Officer at Palo, Leyte on March-April 2018 before the being recalled to her mother unit.

She obtained her AB Political Science (1985) and Bachelor of Laws (1989) at the Divine Word University. She also finished Master's in Management at Leyte Normal University on 2000.

A career DENR employee, she believes that there’s nothing to be afraid of as long as your actions are righteous.