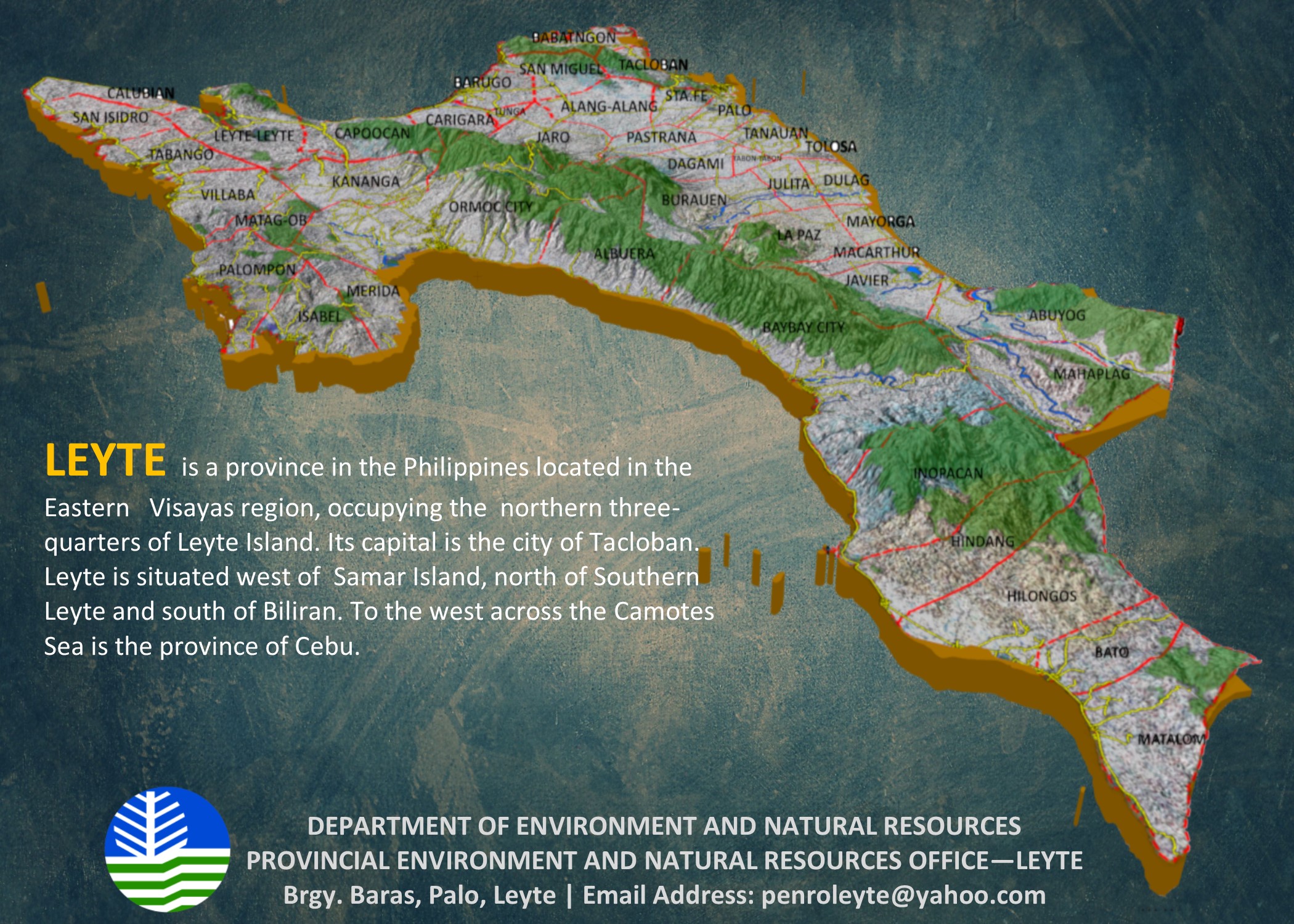 Leyte covers a total area of 6,313.33 square kilometres (2,437.59 sq mi) occupying the northern and central sections of Leyte in the Eastern Visayas region. The province is situated west of Samar Island, north of Southern Leyte, south of Biliran, and east of the Camotes Sea.
Leyte comprises 40 municipalities and three cities, all clustered into 5 congressional districts. Ormoc is an independent component city, while the capital Tacloban was declared a highly urbanized city in 2008. Both cities govern themselves independently of the province.*Source wikipedia.org

3. Lake Danao is a guitar-shaped lake on the island of Leyte in the Philippines. The lake is covering an area of 148 hectares (370 acres). It is situated in the 2,193 hectares (5,420 acres) Lake Danao Natural Park, which also includes the Amandiwin mountain range. The lake is 18 kilometres (11 mi) northeast of Ormoc, half an hour drive along the San Pablo - Tongonan and Milagro - Lake Danao roads. t was originally named Lake Imelda and was declared a national park on June 2, 1972 by virtue of presidential memorandum issued by then President Ferdinand Marcos. Later it was renamed and declared as Lake Danao National Park on February 3, 1998 through Proclamation No. 1155 and is now protected by Republic Act No. 7586 otherwise known as the National Integrated Protected Area System (NIPAS) Act of 1992. The lake supplies potable water to at least seven towns in Eastern Leyte including Tacloban as well as the source of irrigation for rice lands in some municipalities like Dagami, Burauen, Pastrana and Tabontabon.

At 650 metres (2,130 ft) above sea level, Lake Danao lies on an altitude similar to Tagaytay, making the area cooler than the average Philippine temperature. The lake is volcanic in origin and is probably a graben or depression produced by the Philippine Fault (or Leyte Central Fault), an active fault traversing the lake area in a N-S direction. Rock formations of the surrounding mountains include andesitic volcanic rocks of Quaternary origin in the western side, andesitic and dacitic volcanics of Miocene origin in the southeastern portion, and intermediate volcanic sediments of Quaternary origin in the northeastern side of the lake.There are wetlands found near the lake. The present lake could be the deepest portion of a much larger lake in the past. It was probably much larger in the geologic past and could have included the large wetlands and marshes. Sedimentation has probably transformed this portion of the lake into what it is today.*Source wikipedia.org