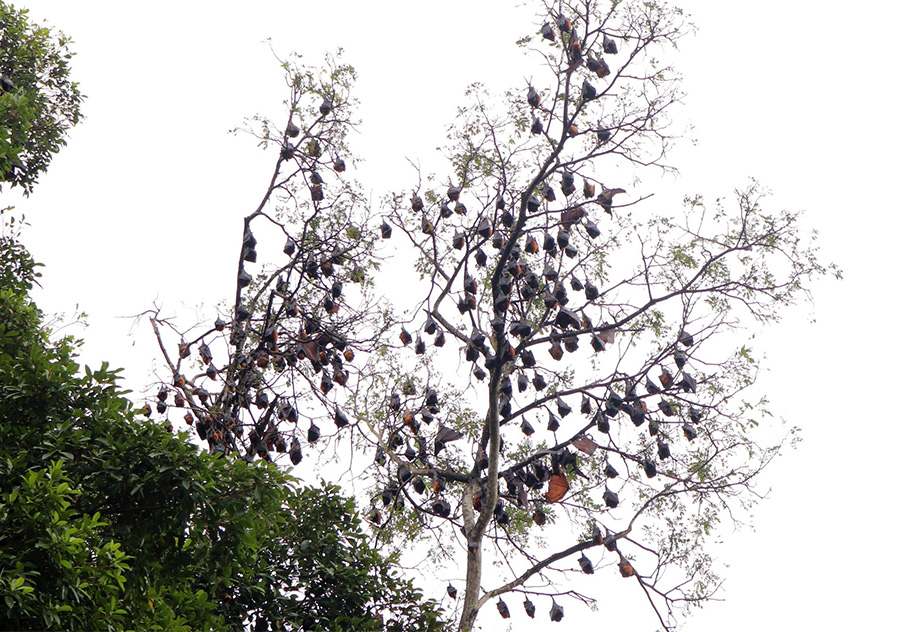 Colonies of golden crowned flying fox (Acerodon jubatus) also known as golden capped fruit bat decorates a large rain tree (acacia) found in a residential area in Brgy. Maligaya, Jiabong, Samar. Residents claim that these colonies of flying fox have taken the rain tree as their home for around five (5) years already. Left undisturbed by the community, it is observed that the number of flying fox flocking to the tree is increasing each year. The Department of Environment and Natural Resources (DENR) is closely coordinating with the barangay officials for the protection of this wildlife species that has long thrived in their barangay. The golden crowned flying fox is endemic to the Philippines and is listed as critically endangered. They play an important role in dispersing seeds and are crucial to keeping native forests healthy.